The simpler approach to
secure and verify documents.

Qryptal is a simple and reliable system to add digitally signed secure QR Codes to documents for document verification. Makes your documents secure, instantly verifiable and amenable to automated processing

Save time verifying documents.
Secure all documents that leave the organization 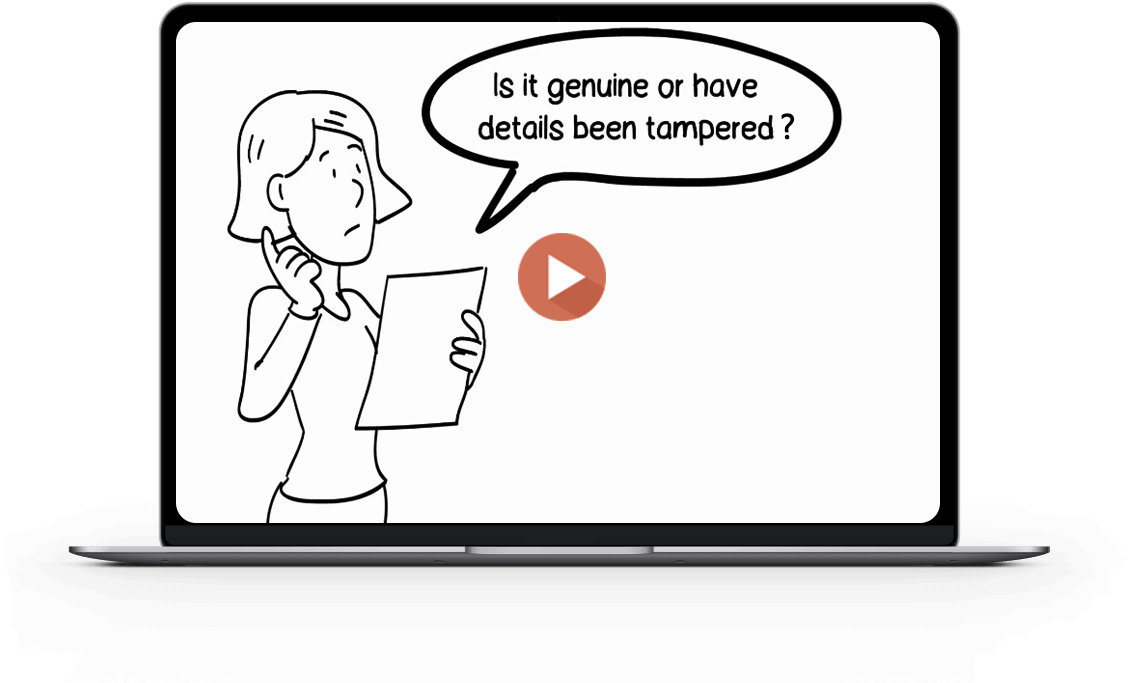 Sign up for a FREE TRIAL now No credit card required!

At its core, Qryptal code technology makes any document tamper-proof and instantly verifiable by a third party in a server-less architecture.

Qryptal's solution plugs into existing document production systems and generates a highly secure digital signature with embedded data to be placed on the document as a barcode. After that, anyone can instantly verify the credibility of the information, through an App on their smartphone.

This novel architecture provides many benefits:

The essential workflow for deploying Qryptal is to integrate with the Qryptal Generator API so that the Qryptal Secure QR Code can be generated and seamlessly added to your documents to enable easy validation.

For validation, users can install the Document Validator App. You can try the following steps to install it on your mobile phone: The code is digitally signed by the organization’s private key. The keys are generated initially as part of setup. The mobile app uses the organization’s public key to validate the digital signature. Further, the entire code is compressed specifically to create the smallest possible QR Code size. Contact us to learn more about this. 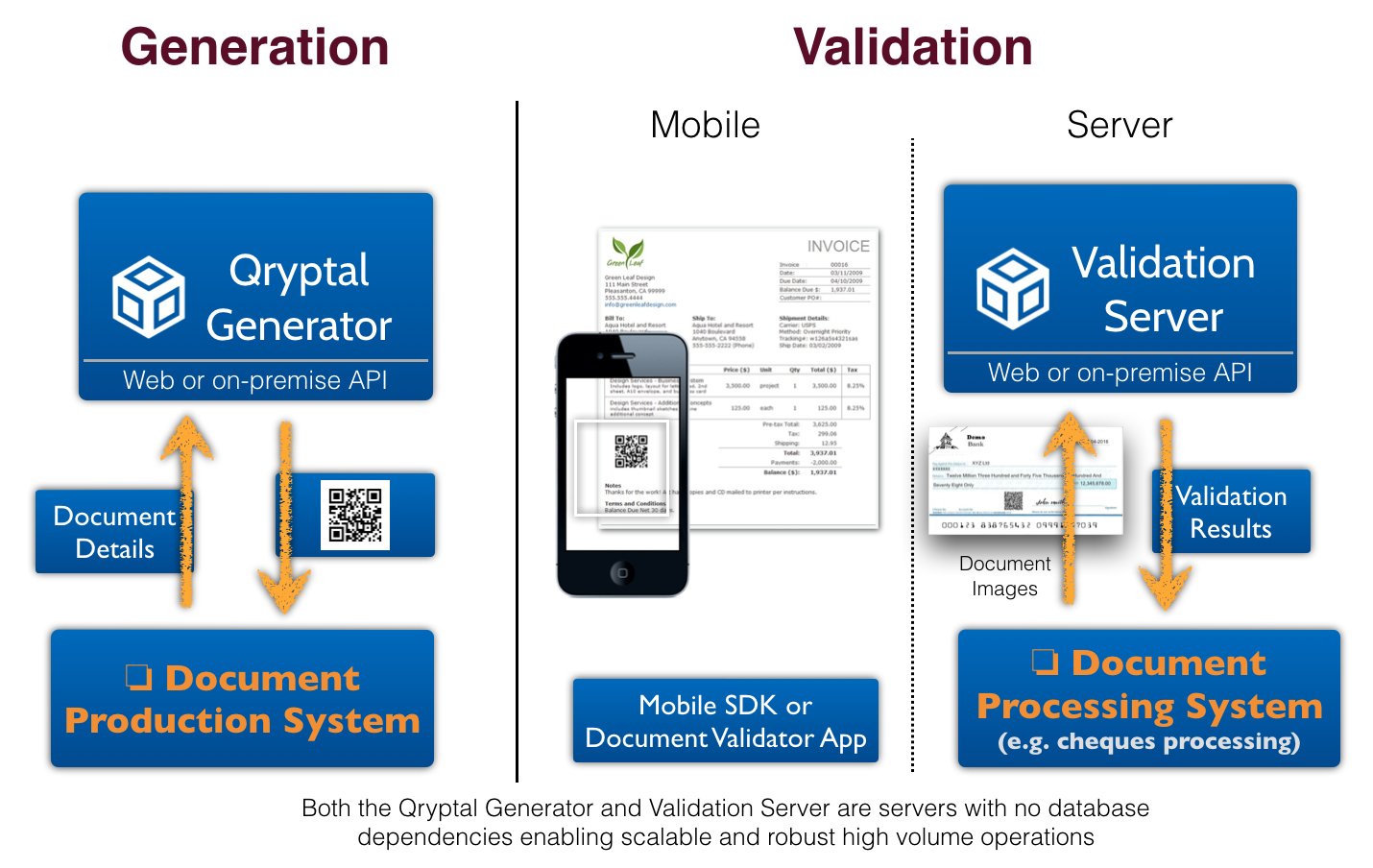 The Qryptal Generator offers a REST API that can be called from nearly any programming language/system.
Free signup is also available to try the API..

Both the codes can be revoked or chained with a new code.