The problem: The documents issued by the Immigration department like Visas, Work Permits, Residency Permits, Entry Passes and Passports need to be easily validated by different governments, airlines and other entities

Today with the onset of globalisation, there is an unprecedented movement of people across borders. At the same time with ease of forgeries, online scams and terrorism - it is necessary for immigration issued documents to be easily verifiable on demand.

Further, for efficiency and convenience many countries encourage visitors to apply for e-Visa and Electronic Travel Authority (ETA). Unlike traditional Visas which are received from a trusted source (Embassy) - these electronic authorisations are in the form of electronic PDFs which only the issuing authority can validate against their database.

Online fraudsters entice the lay public to “buy” these Visas from their websites.

Neither the airline nor the traveller can validate these e-Visas and when the unsuspecting traveller reaches the borders - they realise that they have been duped and have to return at a great loss to all parties including the host country.

Additionally, this is a huge privacy risk as sensitive traveller information gets exposed to unscrupulous operators. 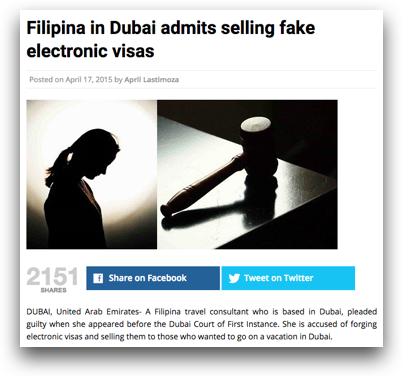 For most immigration departments - the optimal integration option would be to integrate the Qryptal Generator with their in-house document production systems. Once integrated, the Qryptal QR Code will automatically get added to the document.

The Qryptal QR Code encapsulates all the key details of the document and it is digitally signed by the department’s private key. Hence, it cannot be generated by another entity nor can any details be tampered with. Third parties simply use a free Validator app to scan and verify the document details on demand. 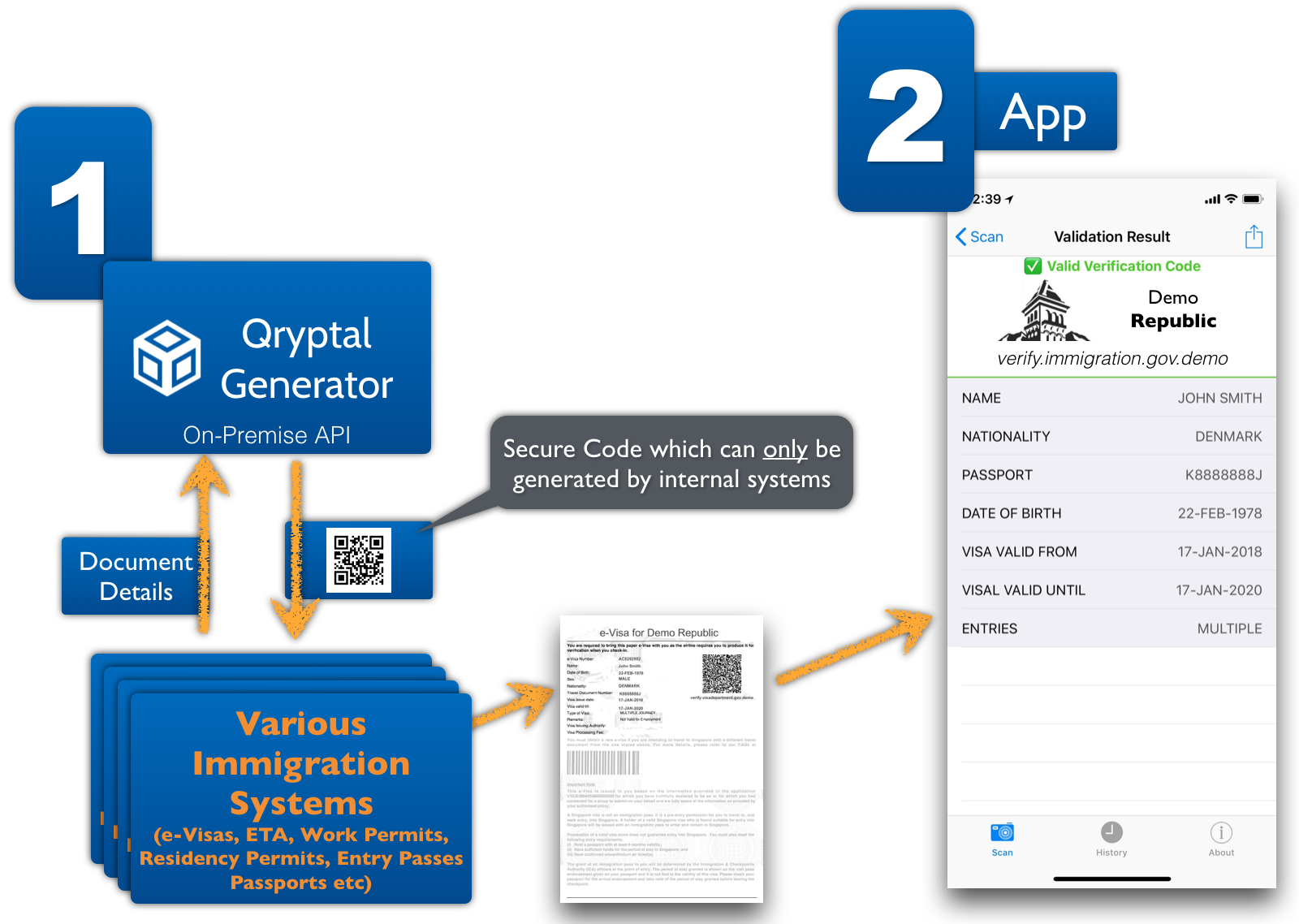