The problem: at present it is either cumbersome or close to impossible for a third party to validate government issued documents

Governments all over the world issue millions of certificates, permits and licenses every month. These documents typically originate in some computer system and after due process get handed over to the document holder in either a physical or electronic form.

A few decades back computers, scanners and printers were expensive and it was not easy for the average person to create fake or tampered documents. Now as a side-effect of widespread proliferation of technology, nearly anyone willing has access to tools to create fake documents. Further, there are many nefarious services just a search away providing even easier access to fake documents.

A brief list of departments and authorities issuing such certificates, licenses and permits:

Though we do support ad-hoc and manual generation, for most customers the optimal option would be to integrate the Qryptal Generator with their document production system. Once integrated, the Qryptal QR Code will automatically get added to the document.

The Qryptal QR Code encapsulates all the key details of the document and since it is digitally signed by the organisations’ private key, it cannot be generated by another entity nor can any details be tampered with. Third parties simply use a free Validator app to scan and verify the document details on demand. 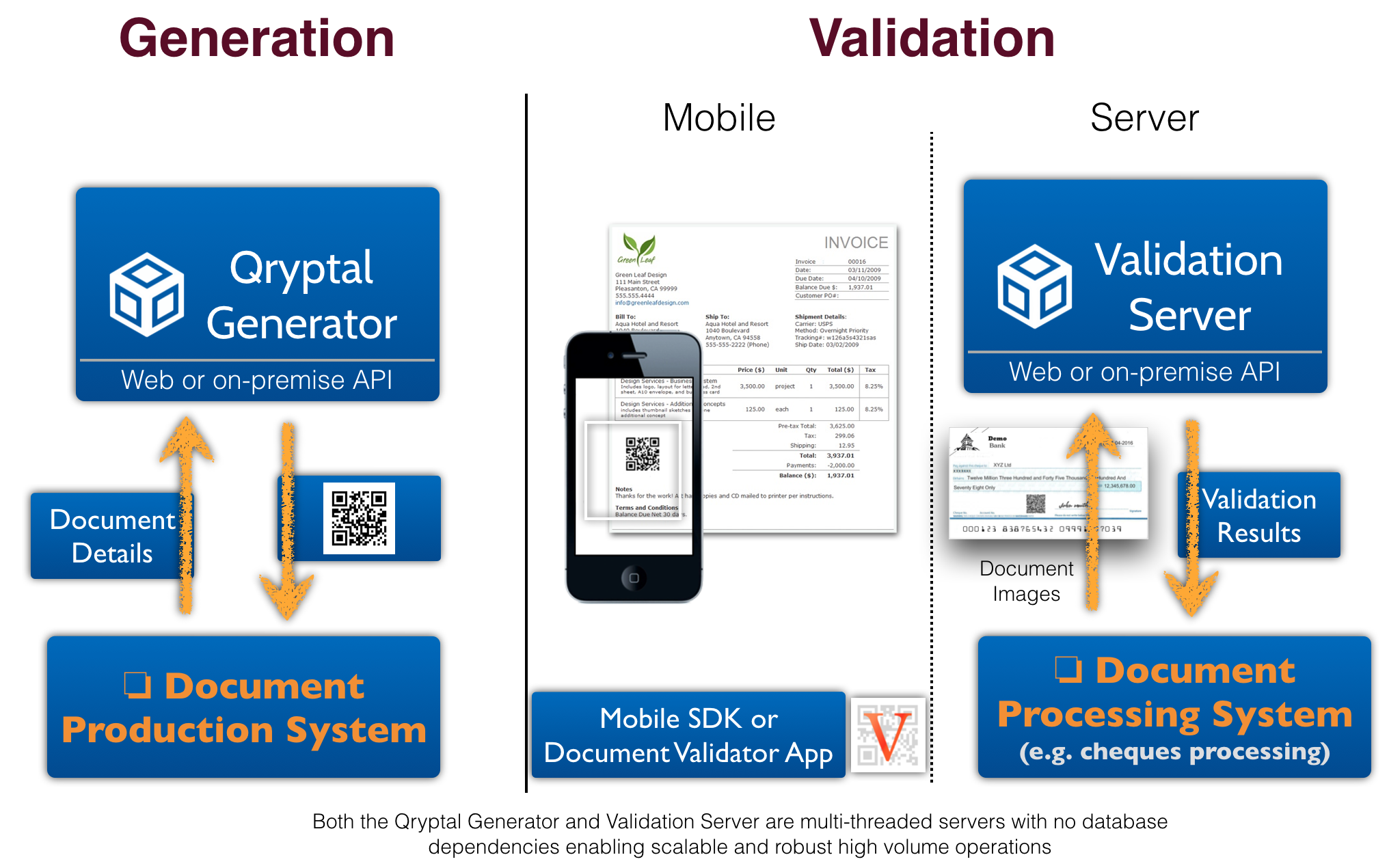