The industry is abuzz with Coinbase’s “Less talk, more Bitcoin” Super Bowl 2022 QR Advertisement. The simple QR ad was so popular that the Coinbase website crashed in minutes. Coinbase spent an estimated US$ 14 million on what could be termed as a ‘lazy creative’ yet a super successful advertisement. The website saw a massive 20 million hits on its landing page in one minute after the launch of the bizarre advert.

While the subsequent conversations swing between how they should have strengthened their website - Don’t be Coinbase. Don’t crash your site. | Computerworld- to the subsequent calling out of Coinbase CEO’s tweet by Martin agency - Martin CEO Publicly Calls Out Coinbase Over QR Super Bowl -, the use of QR code in mainstream marketing and its fantastic popularity remains the core.

The cryptocurrency company paid nearly $14 million for a minute-long ad during Super Bowl 56. Essentially, the ad was a QR code scrolling across the screen and changing colors every time it hit the side of the TV frame, much like an old computer or DVD screensaver.

Built into this fabulous story of how a simple QR code has become mainstream, with such a large ad spend on television, lies the secret of the growing acceptance of QR. In this case, the QR code was a hook. The full 60-second ad almost entirely consisted of a colorful bouncing QR code reminiscent of the iconic bouncing DVD logo. When scanned, the code brought viewers to Coinbase’s promotional website, offering a limited-time promotion of $15 worth of free Bitcoin to new sign-ups, along with a $3 million giveaway contest that customers could enter into. This was a URL based QR Code, yet QR code creators have more than a few takeaways. 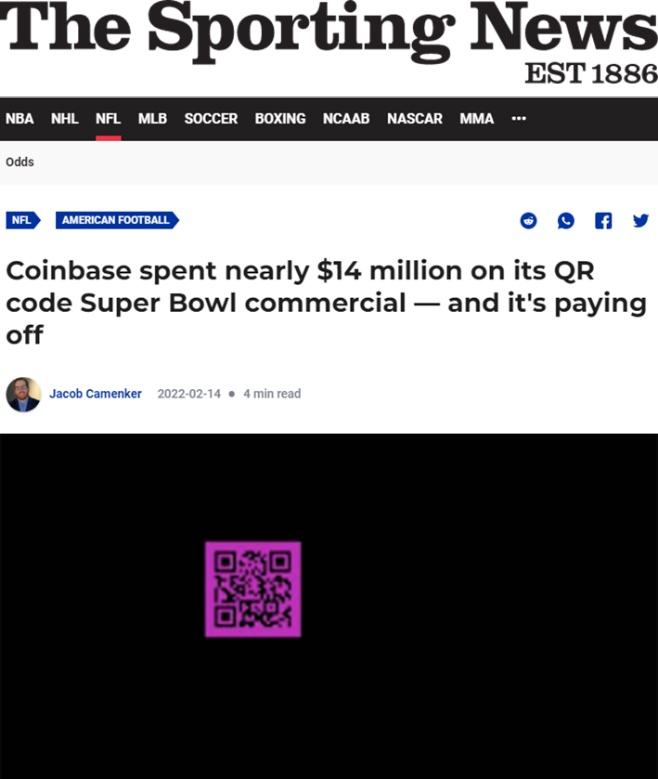 Here’s how you get the best out of QR

Secure QR code (a tamper-proof and easily verifiable version of the standard QR) helps any organization, institution, or government body create tamper-proof documents or information that can be distributed in physical and digital (phygital) formats.

A good QR code does not allow tampering, essential in maintaining document integrity. While the Coinbase QR Code was an URL-based QR code, the B2Bs use secure QR for their document security. Secure QR also helps with easy verification. Here, we will attempt the three most often asked questions on QR Code for document security -

1. Is document security a problem ?

Forgery and fake documents have been plaguing many industries for a long time. Technological advancements and widespread access have made it easy for fraudsters to create and tamper documents easily. As such, this leads to a multi-billion-dollar loss across many industries and sectors worldwide, from degree certificates to e-commerce, from invoices to ID cards to test reports and so on.

2. Can Secure QR work for other functions and industries other than Marketing ?

QR code-based document security solutions are cross-functional and work across industries. The solution caters to functional areas within organizations such as Operations, HR, Finance and Accounting, Logistics. In addition, you will see secure QR in Banking, Insurance, Healthcare, Education, Government, and Certification & Testing agencies.

QR code-based document security solutions, including those offered by Qryptal, are being used globally across 60+countries by large enterprises, SMEs, institutions, and governments. It has proved its worth in a range of use cases.

Qr codes in general and Secure QR codes are here to stay. They have been used in simple cases like Coinbase advertisement to European Commission statement on Russia-Ukraine to becoming a global standard for Digital COVID certificates. So please do reach out to info@qryptal.com to learn more.