In part 1 of this series - QR Codes in 2022 – A double-edged sword? -we discussed how the last two years had been bumper years for the growth of QR codes worldwide. We spoke about the consumerization, customization, and verification of QR codes with many use cases.

In this post, we will delve deeper into the steps you can take to be safe while using QR codes (with the example of a few use cases) and how to make the codes secure and tamper-proof.

The story so far

“QR Code” is the abbreviation for Quick Response Code. This simple use of technology has been in place for 25 years in several industries starting from manufacturing. The basic process consists of a two-dimensional barcode that encodes information such as website addresses, textual data in various forms such as contact information for business cards, and many other uses and applications. However, over the last few years, there has been massive consumerization of the technology enabling wide adoption that has surprised even its inventor, who did not foresee this to go beyond the initial businesses using them.

The use of QR codes has become increasingly popular worldwide with the explosive growth and adoption of smartphones capable of reading and processing this information directly on the devices. Unfortunately, as shared in the earlier post, there are enough and more scamsters who use this rapid growth in QR adoption to dupe customers with fake QR codes. Hence, it is paramount that a secure QR code is generated at the source. With such widespread use, the creators of the QR code have a big responsibility to build secure QR codes.

Creation of QR Code that is Secure

While there are many QR code generators in the market, the same advantage is also the reason for the massive QR code fraud. The ease and simplicity of creation have brought other problems such as the need to check if the QR code generated is authentic.

How to create a Secure, Encrypted QR Code

A QR code must be generated so that it is tamper-proof.

With increased incidents of document fraud, having a secure, encrypted QR code is one of the most mature, proven, and quickly implementable methods for document security. Furthermore, creating such a secure and encrypted QR code is easy. Placing them on documents makes them tamper-proof and verifiable by a third party without dependence on databases and full privacy. 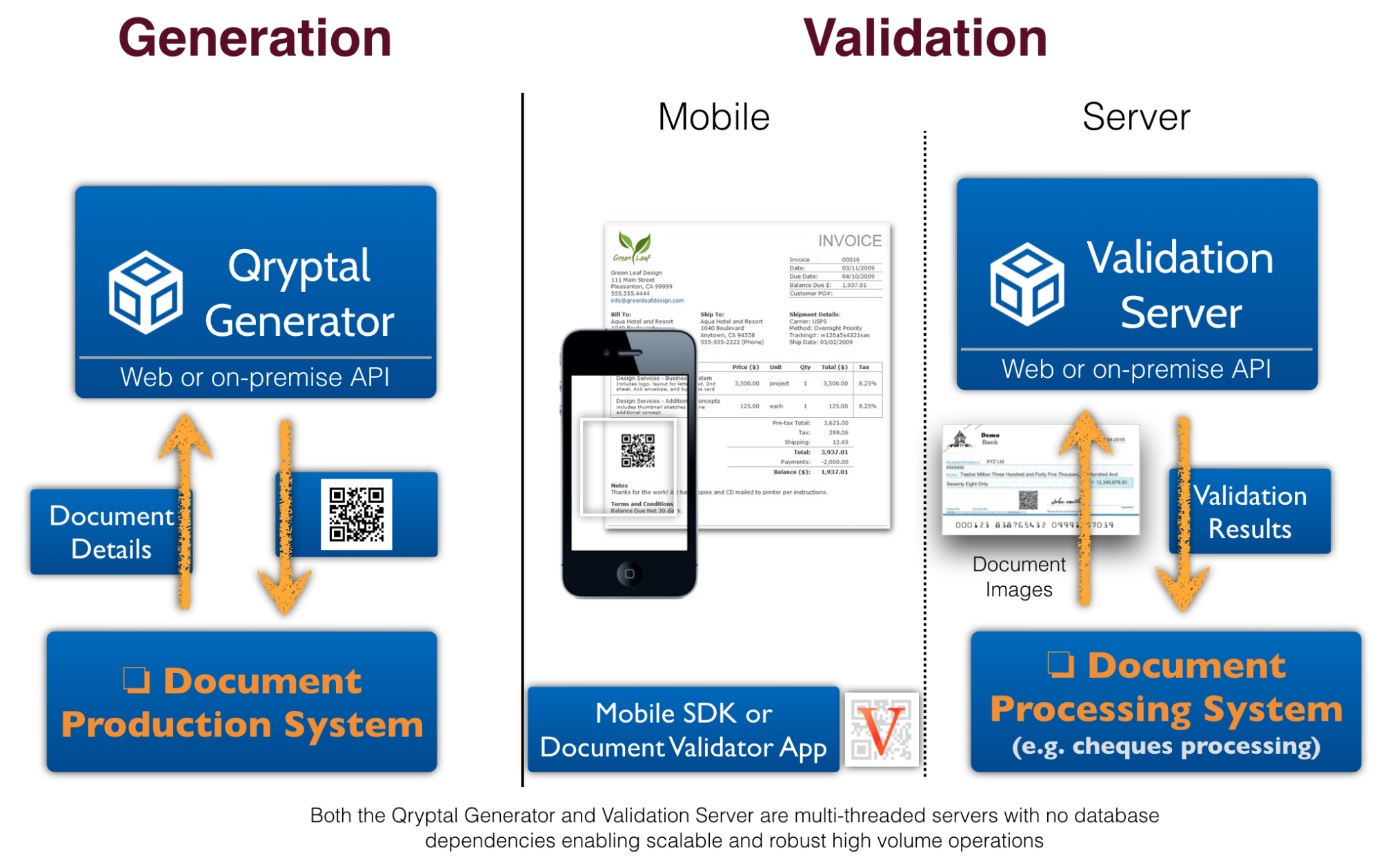 A Secure QR code with the relevant data is embedded in the vaccination certificate. Any verifier can scan the QR code to check whether the person has indeed received the vaccination and get all relevant details as required. In addition, those who have been vaccinated can download a PDF for their records and show it to authorities, which will give the details, something like the sample here: 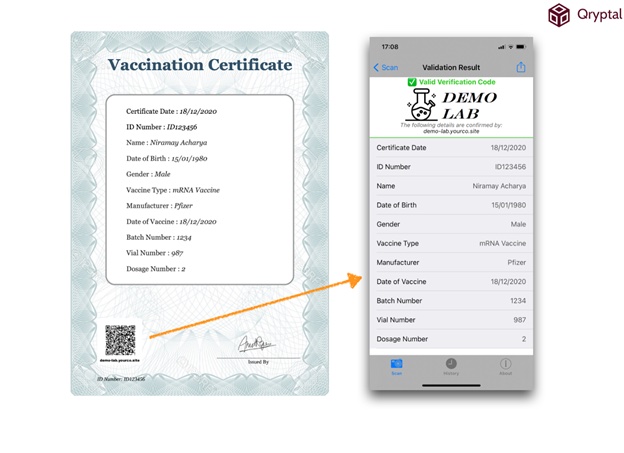 There are many diverse types of solutions – holograms, embossments, digital, RFID and intelligent chips, Secure QR code –available for such documents. Yet, most of them suffer from some drawback or the other & these are the reasons why Secure QR code solution becomes relevant - Seamless Security, Digital-Physical Certificates, Tamper Proof, Easy Generation, Affordable Integration, Ease of Verification. A transcript using a secure QR code looks as below: 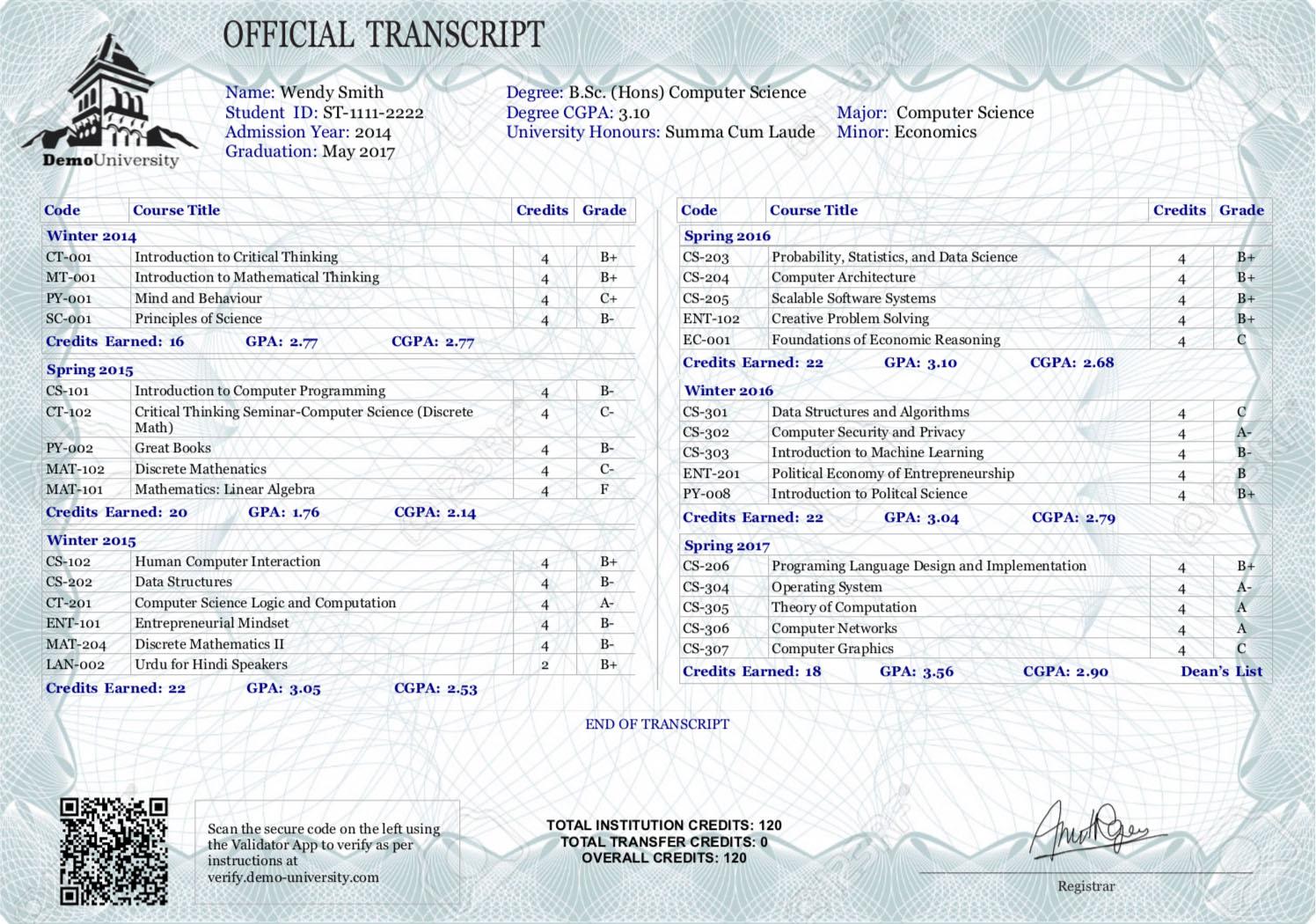 You can integrate a secure QR code generation with your ERP system (for invoice generation). It also helps in trusting and capturing the information for onward processing. Sample Invoice : 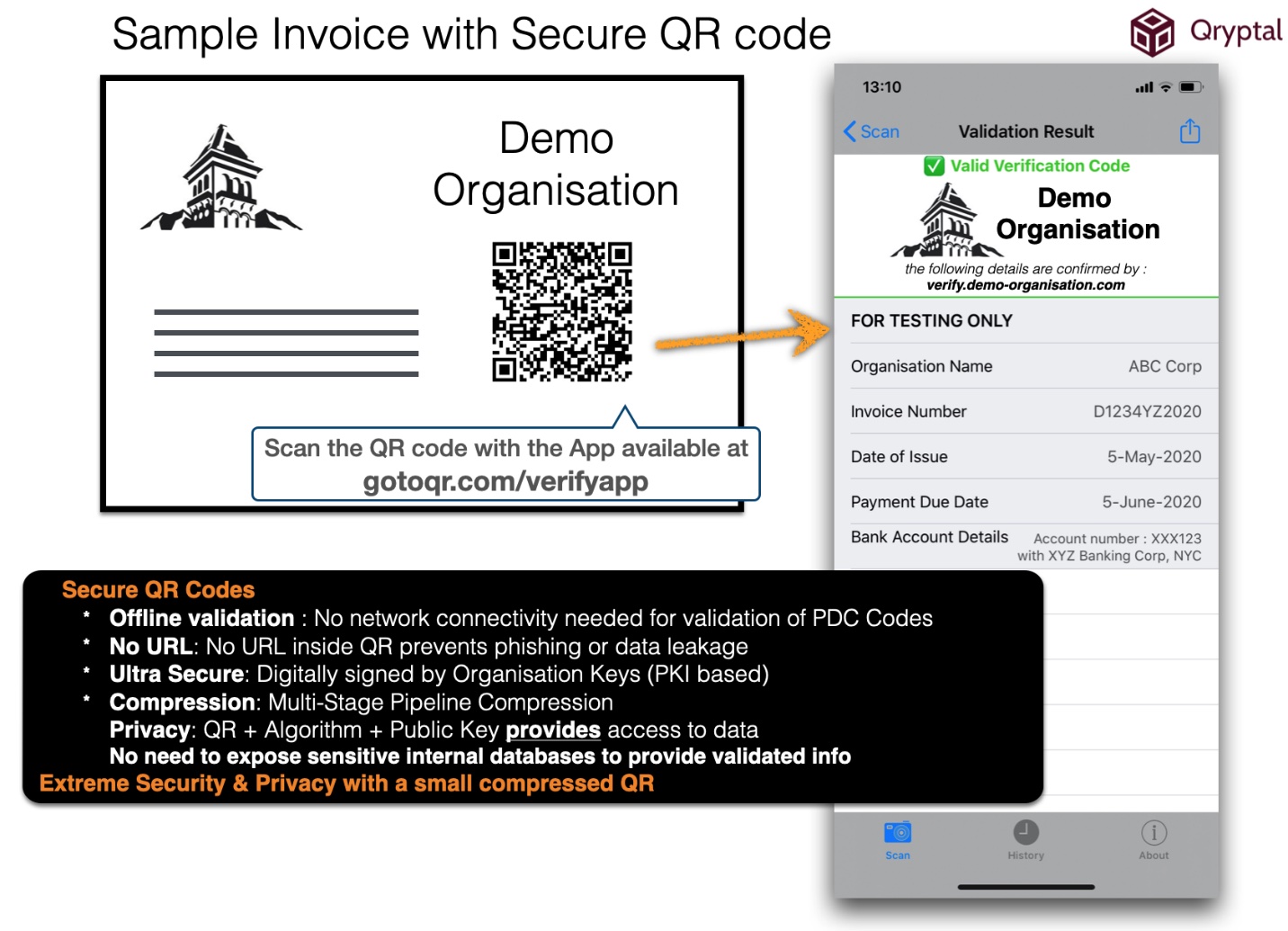 Bank account statements can be made tamper-proof and easily verifiable with the Secure QR Code. These QR codes capture the account-related data at the time of generation of the statement into a QR code that is signed by the private key of the issuing bank and with adequate security, which makes it impossible to forge or tamper. This QR code is added as an image using the Qryptal (or similar) generator. The same can be validated using the dedicated Secure QR validator app. You can see the image of a sample bank statement with the Qryptal QR as given below- 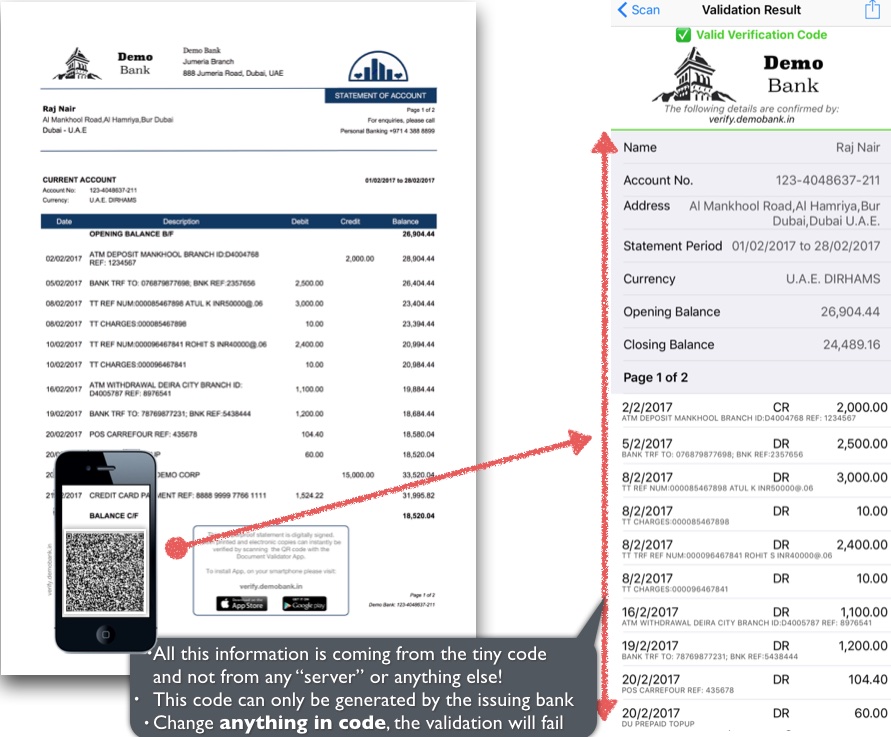 In summary, much as QR code generation is easy, there are steps that one can take to create and use Secure QR codes that make the documents tamper-proof and increase the trust and reliability amongst users.