The EU press release with QR is significant

That the leaders of the European Commission, France, Germany, the United Kingdom, Canada, and the United States, issued a joint statement on restrictive economic measures during the Ukraine-Russia conflict is one thing. However, there is another significant moment for the QR code industry in this event. 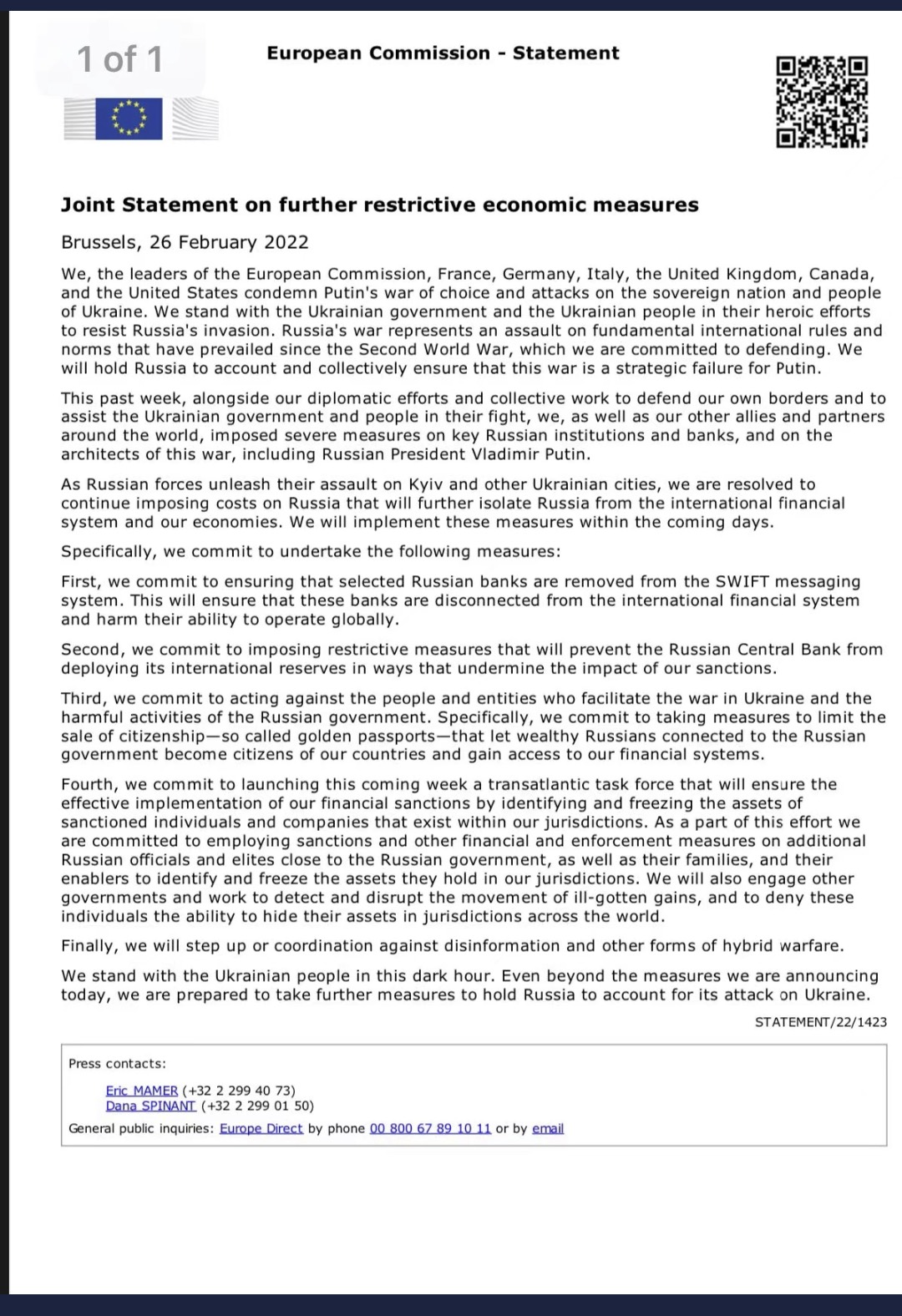 The European Commission’s press release contained a QR code for the first time possibly – in such a communication . On scanning the QR Code, it leads to a URL - Joint Statement on further restrictive economic measures.

A press release on such an important international event and the use of QR codes is a ratification of the ubiquity of the QR code. This is significant because the European Union would want to maintain the integrity of the main document and the source intact.

A good secure QR code does not allow tampering, which is essential in maintaining document integrity. The QR Code in the above case is a URL-based QR code, & the European Union has deployed QR codes in other use cases in the recent past.

For example - In a recent turn of events, the European Union came up with standardized EU-DCC standards for Covid Vaccination Certificates, Covid test reports and Covid Recovery Certificates which involve the use of secure QR codes. Qryptal has worked extensively on this and helps support this standard. You can read about it here.The EU DCC standard is now being used by about sixty-one countries today. Furthermore, it is open source & there are no restrictions in adoption by other countries. Therefore, other countries (including those outside the EU) can also adopt this standard to enable easy interoperability in validating the vaccination certificates, covid test reports and recovery certificates

In the above context, it is pertinent to note that so far the European Union or any of its member states had not used a QR code in such a significant and official press release. We think that all official communication in today’s day and age should come with a tamper proof, secure QR code that helps people to check the authenticity of the message so that any kind of tampering or malicious manipulation of the information can be identified. This is especially true in the hyper connected world that we live in where rumors and false news can spread like wildfire and cause unprecedented chaos and economic impact.

This joint statement on the Ukraine-Russia conflict is, in a way, a critical moment that validates the rise in popularity and acceptance of QR codes as a mainstream means of document security and verification across the world.