How does a collective of just 1k+ volunteers take on COVID-19 head on in a populous country like India ?

.... and how Qryptal's Secure QR code helps them

“There comes a certain moment in everyone’s life, a moment for which that person was born. That special opportunity, when he seizes it, will fulfil his mission - a mission for which he is uniquely qualified. At that moment, he finds greatness. It is his finest hour.” - Winston Churchill 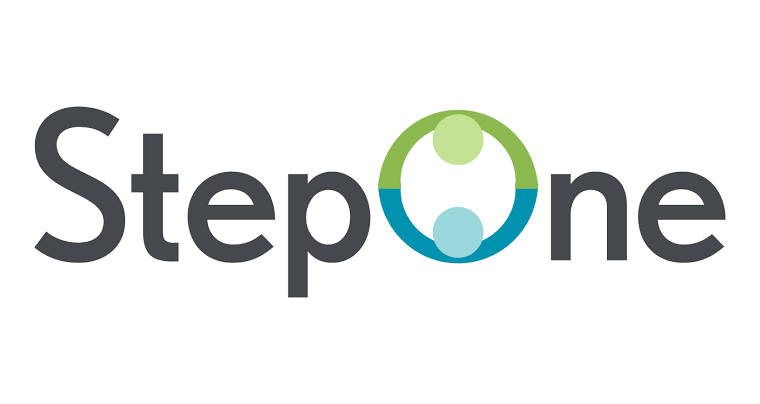 For us at Qryptal, our association with Project StepOne ( https://www.projectstepone.org/) may have been one such moment. Project StepOne is a collective of creative volunteers, doctors, and technology start-ups in India who came together under the umbrella of ‘Startup Vs COVID’ and have joined forces to augment healthcare delivery infrastructure.

Such challenging engagements change our worldview and highlight what is possible with imagination and planning.

When we received a non-descript email from one of the volunteers at Project StepOne one day in early October, we were not sure what we were embarking onto. In the very first phone call, we realised that we would be partnering with an entity working towards a supremely wonderful humanitarian cause and the social impact of the project would be something that would fulfil our very being of a technology start-up making a difference to the world.

COVID-19 has displaced the lives of millions around us, in India and around the world. We chose to become a part of this initiative to empower our community in putting up a fight against it. Look at these numbers that Project StepOne has helped realise –

As part of the collective, the project team issues certificates for thousands of doctors and volunteers. Since this is a volunteering effort, and the idea is to generate a reaction, volunteers and partners do display them in their clinics, offices, and on social media. Over time, the certificate became a very core part of establishing the authenticity of their involvement with the project. The project team also realised that such certificates were being used on LinkedIn and in a job interview. Thus, it became critical that these certificates had a mechanism so that any third party, including hiring organisations, could verify them.

However, as the number of participants increased, the team needed a scalable system to print and issue such certificates. Project StepOne was also acutely aware of manipulation or tampering of these documents as the number increased. 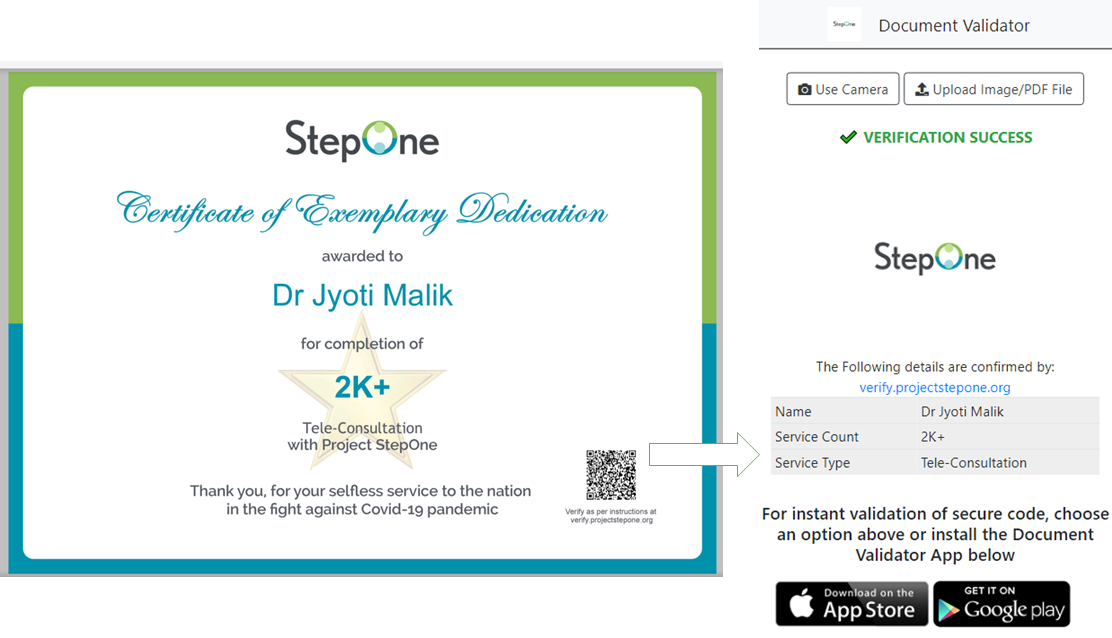 The challenge for the program came from two fronts

The project team was significantly lean on resources and was looking at a robust solution that would offer a tamper-proof certificate in a cost-effective manner. It also needed to provide a mechanism for easy verification by third parties to assure the genuineness of the certificates. Additional complexity was also the requirement from institutional participants with a Corporate Social Responsibility agenda, who wanted to ensure that their volunteers and participants’ certificates also carried their corporate logo.

At Qryptal, we were able to meet all the requirements, almost instantaneously. The secure QR code solution was simple, effective, and affordable. Our contribution through the secure QR enabled certificates plays a small, yet crucial part in the overall massive battle of fighting COVID-19 and the pandemic.

From the very first phone call, Qryptal rallied its resources and built a solution that enables Project StepOne to quickly generate secure tamper-proof documents in both electronic and physical formats.

Here is what Mr Raghavendra Prasad TS, founder and full time volunteer of Project StepOne had to say about Qryptal

“Project StepOne is a 100% volunteer led initiative providing free telemedicine. The hard-work and passion brought in by our volunteers has enabled us to touch millions of COVID19 impacted lives. Hence, recognising the selfless efforts of the volunteers is important to us. Qryptal’s technology has helped StepOne recognise our volunteers with certificates which are verifiable via a simple QR code, making the recognition more authentic and valuable.”

We are confident that the smart and brilliant collective at ProjectStepOne will be able to help win the war against the pandemic and we look at the use of such a technology for other use cases including secure COVID-ve certificates.

For now, we are both grateful and humbled at this opportunity of being part of this project.