Eight reasons why Secure QR codes is the correct solution

As per reports, over 100 tourists were caught with counterfeit RT-PCR test reports in Uttarakhand, India. Not long ago, we had written a blog post about a massive breach in the same state with an article titled - What! 1,00,000 fake COVID-19 test certificates that went undetected 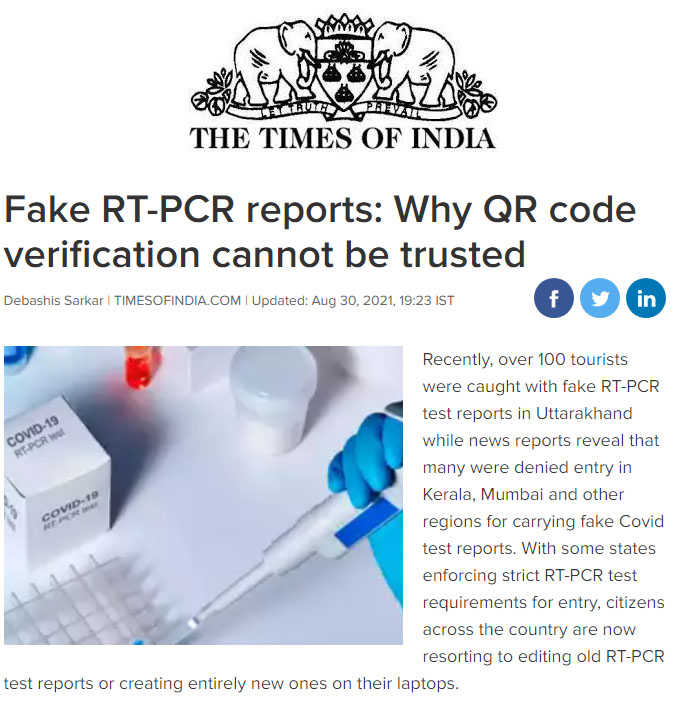 Even as some states enforce strict RT-PCR test requirements for admission, people across the country are now resorting to editing old RT-PCR test reports or creating entirely new ones on their laptops. To curtail fake RT-PCR reports, the government recently made it mandatory that all test reports must come with a QR code so that the test results can be verified electronically.

But with countless free PDF editors and QR code generators available online, a fake report can be created in minutes. And if someone doesn’t know how to create one, any roadside cyber cafe can help make one for as little as Rs 200.

The use of non-secure QR codes in RT-PCR tests

The RT-PCR verification system with regular QR codes has inadvertently built-in loopholes that bad actors take advantage of. Even though producing fake RT-PCR reports is a punishable crime according to the law, it has not stopped the generation of RT-PCR reports which can be tampered with at will, as also the creation of totally fake reports. This is because the system to create & verify such regular QR codes is open to manipulation.

Is penny-wise pound-foolish on the part of even established laboratories?

While secure QR code technologies were already available, the possibility of saving a few rupees or possibly ignorance had possibly caused the labs to go in for non-secure QR code systems, which has been taken advantage of.

Standard QR codes have little or no security. So it is not surprising that the bad actors resorted to creating PDF files of RT-PCR tests without any consideration for the consequences in terms of spread of the virus. In fact sometimes it maybe easier to fake reports from established labs to give the impression of authenticity. This causes a lot of damage to the credibility and reputation of even such established labs.

Since thousands of geographically dispersed labs generate Covid reports, it’s impossible to have a centralised QR code generation system unless it’s run by the government or health authorities and all the labs log on to a common platform to generate. For Vaccine certificates, usually, the health ministry runs the program; hence centralised certificate generation with QR is possible. In any case, the discussion is about having a secure vs non-secure system. URL based QR codes have two fundamental problems - QR phishing and the fact that regular QR scanners, while scanning the codes, also capture private and confidential information, which can be leaked to servers across the world without the knowledge of the person concerned.

The current mechanism, even in the case of URL redirected QR codes, is that the standard scan of the URL is difficult with an unstable internet connection or in an air-gapped environment.

Another aspect to consider is that very few officials at airports are actually scanning the QR code on the RT-PCR test reports. This is because the airline staff or airport authorities need to use their mobile or smartphone with a reliable internet connection to scan it and they may simply not be doing it. In such a situation, it is hard to determine the authenticity of PDF reports by merely looking at them. A secure QR code solution can work in offline mode with the use of a dedicated app to verify the authenticity of the information within it.

Unless the QR code is made secure at the source (secure QR code), bad actors will take advantage of its simplicity and lack of security in their malicious intent to either create fake documents or tamper them by replacing them with their own ‘new QR code’ which would defeat the very purpose of preventing manipulation of such documents. 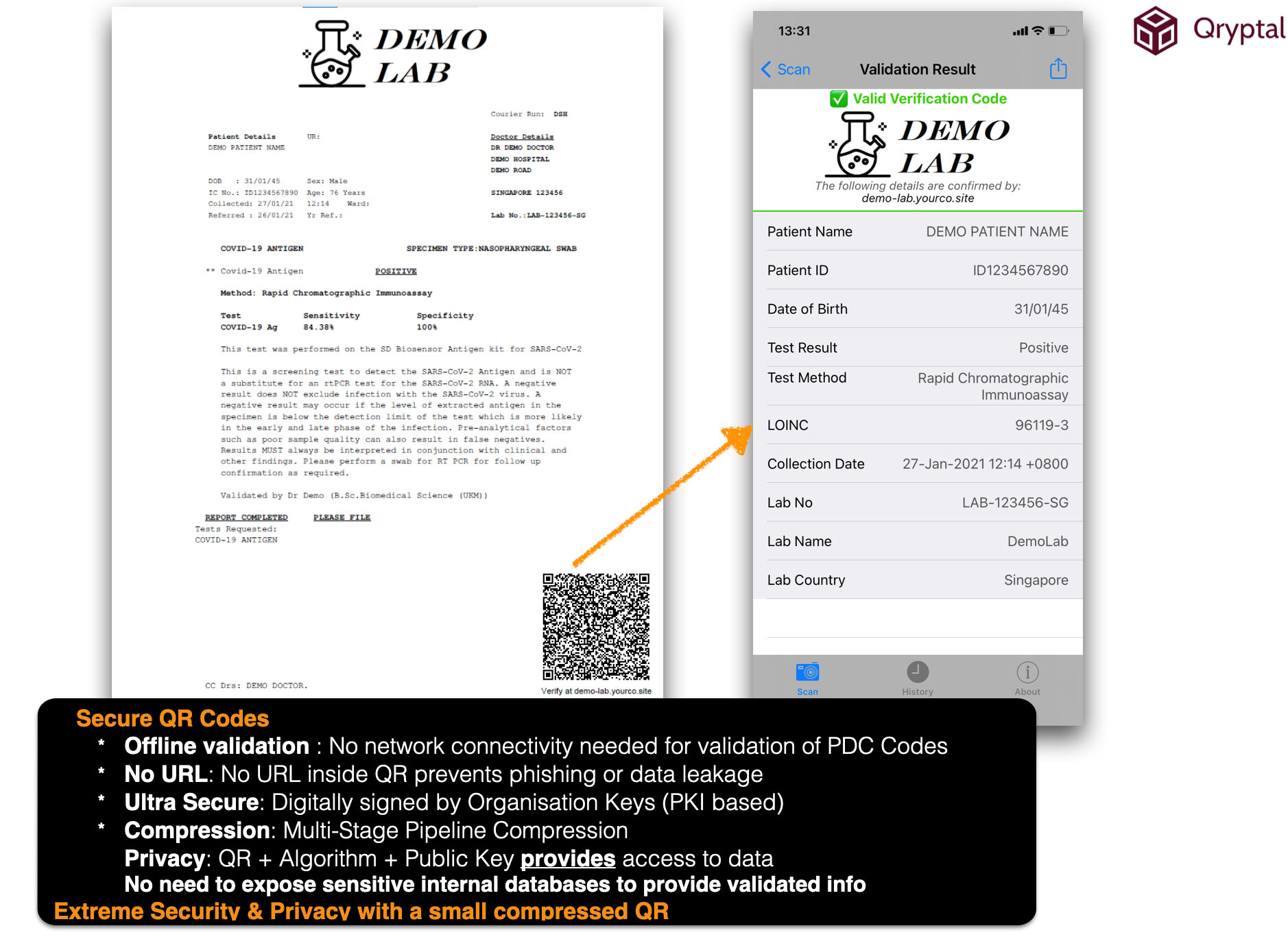