The Vaccination Certificate QR Code Standards War is over...

Over the last 12-18 months, there has been a war of standards for vaccination certificates. There has been confusion, controversy, conversation, and confabulations on how to issue verifiable Vaccine Certificates with QR Codes. Now, it is evident that the EU-DCC standard has won. And won by a considerable margin at that.

EU-DCC codes are immensely popular even outside the European Union. Some countries which had earlier issued homegrown URL based QR coded vaccination certificates are re-issuing their certificates with EU-DCC compliant codes.

The Open Source Vaccination Standards and their adoption

Smart Health Card (SHC): SMART Health Cards are paper or digital versions of your clinical information, such as vaccination history or test results. They allow you to keep a copy of your records on hand and easily share this information with others if you choose. SHC is dominant only in North America and is being used by Canada and certain US States.

Visual Digital Seal (VDS): A visible digital seal is a cryptographically signed data structure that has document features, encoded as a 2D barcode, and printed on a document

DIVOC: Is another standard which originated out of India and is used for vaccination certificates in India and a few other countries like Sri Lanka, the Philippines, and Indonesia.

Digital COVID Certificate (EU-DCC): EU-DCC has emerged as the most popular standard and below we list the reasons for its popularity. In a future post we will discuss the technical merits of EU-DCC and also some of it’s shortcomings and how it could be improved. Earlier we did a post providing an overview of the EU-DCC trust model.

At a high level all the above standards are similar: vaccination details are encoded and digitally signed and sealed inside a 2D barcode (QR Code). They all support offline validation in some form.

First let us settle the main question: EU-DCC is the most popular standard for issuing Covid Vaccination certificates because it is being used by most countries.

The information above has been collated from official sources as of 1-Jan-2022. Please let us know of any inaccuracies

4 reasons on why EU-DCC has been adopted by the majority of the countries world-wide:

a) Started early with commitment to openness and transparency: Since its inception, EU-DCC standard has evolved via a transparent and open process. Everything is documented on github. Many parties (including Qryptal) have generously contributed tools, utilities and time - which in turn has made it easier for new countries and organisations to adopt the standard.
b) Superior design: Though at a high level all standards are similar, the EU-DCC design is more suitable for use in QR codes resulting in a smaller QR Code. We will delve deeper into this in a future post.
c) Critical mass from start: Since the EU-DCC was adopted by the 27 EU states right from the get go, it was easy for EU-DCC to gain critical mass before any other standard. This in turn made it easy for the travel industry and border control to invest in building tools and systems to process EU-DCC QR Codes at scale. 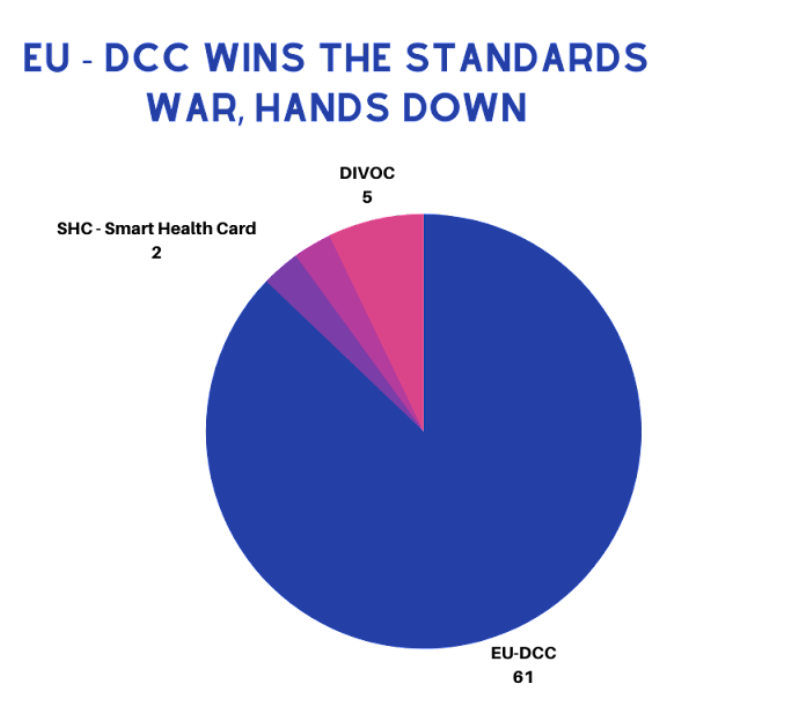 Due to the above reasons, EU-DCC has now appeared as the clear leader in adoption as the recommended vaccination standard for all new implementations. 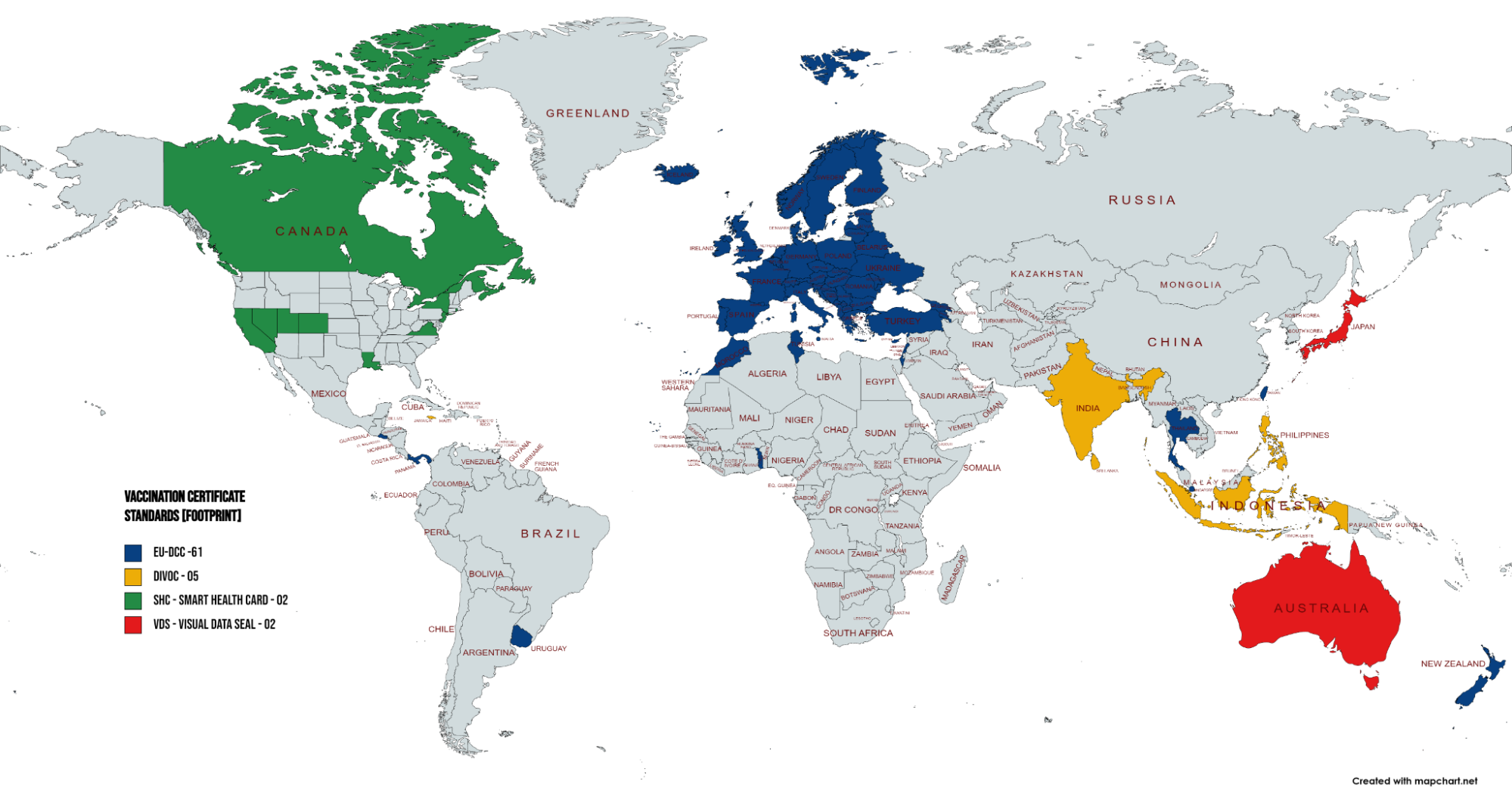 At Qryptal, we have been helping fight against Covid-19 for the last two years. We have been commercially active in this space of document security using QR Codes since 2015.

Qryptal EU DCC Solutions are deployed by governments and health authorities looking to issue secure and interoperable the Covid vaccination certificates. Please reach out to us at info@qryptal.com for more information