Why are fake degrees a big concern in the Gulf region?

And what should the solution be?

Why are fake degrees a big concern in the Gulf region?

When the labour ministry of the United Arab Emirates launched the degree verification programme, it was to tackle the massive scam of the many work-pass holders having fake degrees and some with even fake PhDs.

There were 143 such cases detected, and that was perhaps the tip of the iceberg. This racket seems global. Citizens from over 197 countries pay ‘professional fees’ to do online courses from reputed universities from Rocheville to Brooklyn Park, Belford to Paramount California. Many get fake degrees to emigrate overseas in pursuit of employment. There are cases of faking a higher degree such as a PhD degree or masters, to get promotions and further career prospects .

The story does not end there. It gets murkier. There are overseas agencies that impersonate local government officials and extort money from such fake degree holders threatening to expose them and have them deported. Sometimes they use spoofing techniques and mimic phone numbers with the local area code to make the recipient believe that the call is legitimate and then offer help to fix the situation for a fee. All this is done to extort amounts ranging from a few thousand dollars to more 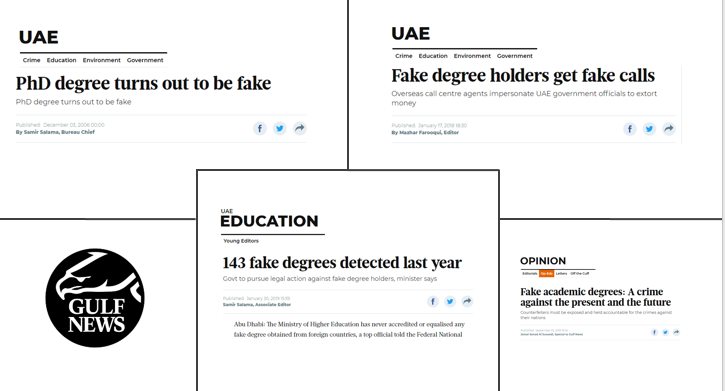 The root of all this is because of the oversight or inability of universities to issue tamper proof genuine certificates that can be validated by any official across the world. The more complex the verification technique, the more prevalent the problem of fake degrees will be.

Are there other complexities?

There are two primary variations on how fake documentation may occur.

What Can Universities do?

Universities across the world should be looking at methods to ensure that their reputation is intact and as part of this, they have a responsibility to issue genuine, verifiable degree certificates - both physical and electronic

What should Governments and authorities do?

The governments and authorised agencies/institutions, especially those that import talent from all over the world have the responsibility to put systems in place for the verification of these documents. They must enforce that such degrees issued can be validated by any officer in their department or by other concerned agencies, even at the application stage.

Is this difficult to achieve?

This is not at all a complex process as it seems. The new developments in the area of document security QR code, enables secure QR code integration to secure both printed and electronic documents.

Is it really a life and death situation? Is the situation grave?

While such acts may seem to be driven by motivation for a better career, by easy access to technology and global workforce mobility, our society pays a very heavy price for this manipulation. Yes, the situation of fake and tampered educational documents is grave. In some cases it results in loss of lives for example due to fake doctors or airline pilots.

How can we quell this epidemic?

The solution is surprisingly very simple. The suggested solution, can even do away with the intermediaries such as document checkers and verification companies and third party validators that add unwanted layers of costs and complexity.

A document security QR Code, or securing documents with an encrypted QR code which captures the key details at the time of document generation itself is simple, efficient, and affordable.

The educational documents (certificates or transcripts or marksheets) either in printed or electronic form are affixed with ‘a secure QR code’. This solution –

This is how a certificate using a secure QR code looks like: 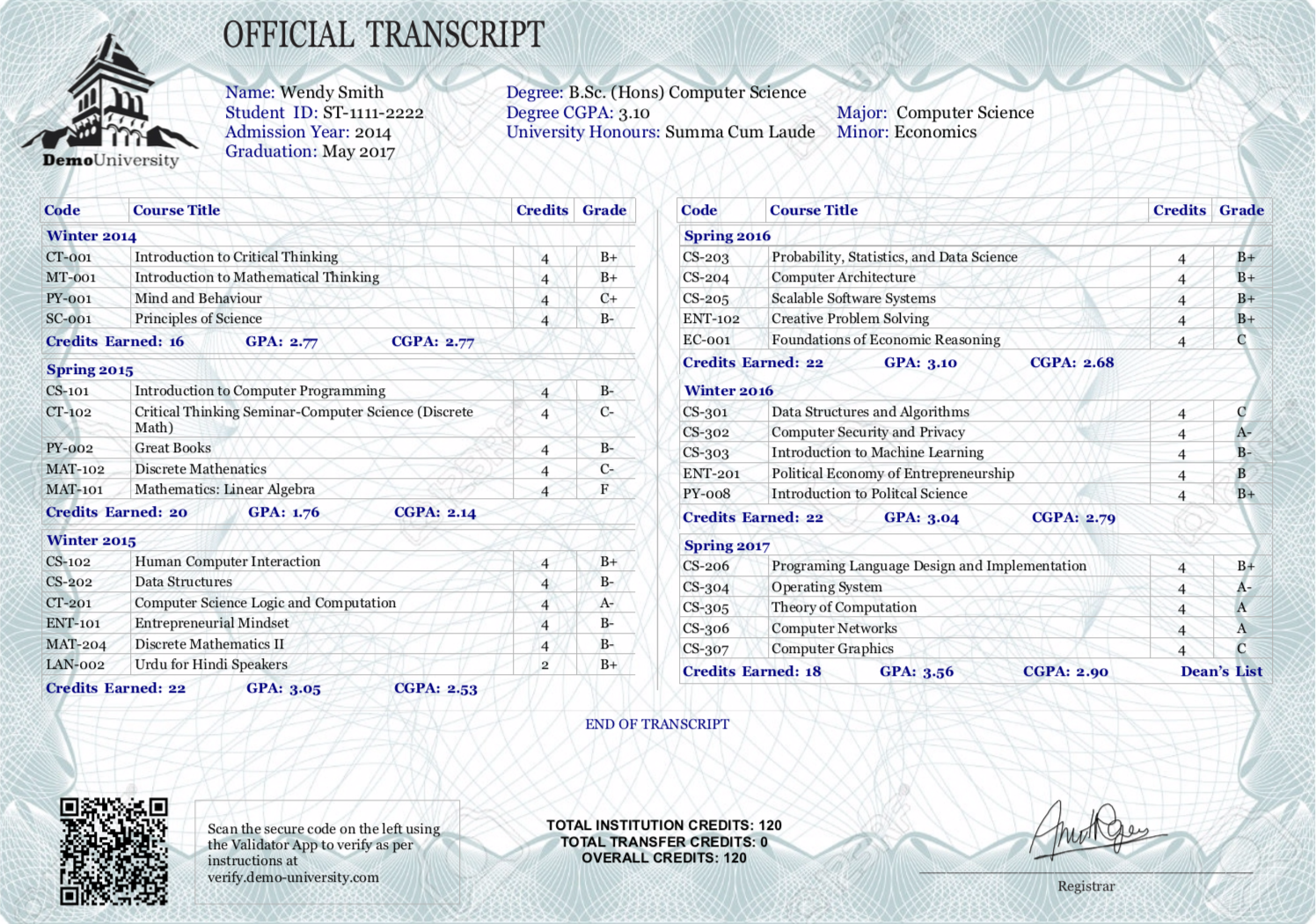 So, the next time you hear such news on fake degree certificates, remember to tell them that a tamper-proof transcript is just a click away - www.qryptal.com. At Qryptal, our advanced yet elegant secure QR code solution helps solve this problem in an efficient and affordable way which is easy to deploy and works seamlessly with existing document generation systems