At Qryptal, we do such deep work with QR Codes in the area of document security. We write blog posts and use cases and we are often asked, the very basic question - What is QR code? This blog piece is a step in that direction. To demystify the complexity in layman terms. Over the next few weeks/months, we will try to cover the myths, use cases and try to demystify the subject

QR stands for Quick Response, QR Code is a type of 2 dimensional (2d) barcode.
Most of us are familiar with barcodes such as those seen on products found in supermarkets such as on a bar of chocolate. They typically look like this:

These are 1-dimensional barcodes i.e information is encoded in one direction (e.g horizontal) fashion only. The length of the barcode changes along with the number of characters. 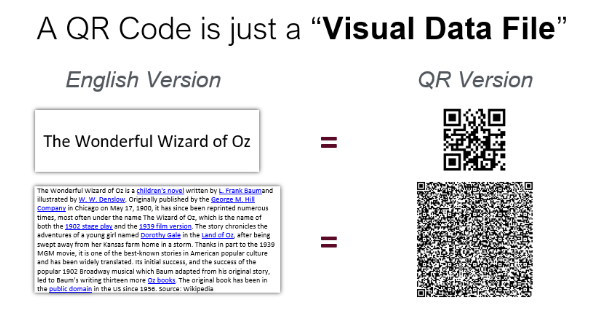 The size of the QR depends on the amount of data stored in it. QR codes were invented by Denso Wave Corporation in 1994 and are open source/free to use which has been a major factor in its popularity. Coupled with the rise of camera-equipped smartphones, QR Codes can be easily be scanned and the information stored in it decoded. Today many apps exist to scan these QR Codes and some smartphones have the built-in capability in the phone camera as well. They are now used far and wide in areas such as in inventory management, marketing & advertising, security, mobile payments, education, etc.

QR Codes themselves are not secure or insecure. The security comes from how and what is “written” inside the code. This is in a way just like an Excel file - i.e if the data in it is not secured with encryption and/or password it can easily be read by anyone who gets access. At Qryptal we have added a layer of security and compression that makes it an ideal application for Information and Document Security

How can Secure QR Code Technology can be deployed for documents