Why is ID Fraud such a menace and how can it be stopped ?

The world has lost a whopping $8 billion in economic losses in 2018 because of Fake ID Cards. Apart from economic losses, ID Card fraud can cause grave security issues.

The problem: the scourge of fake and tampered IDs

Identity fraud, as defined by Wikipedia “is the use by one person of another person’s personal information, without authorization, to commit a crime or to deceive or defraud that other person or a third person. Most identity fraud is committed in the context of financial advantages, such as accessing a victim’s credit card, bank or loan accounts.”

Usually forged identity documents have been used for a criminal activity where the identities of real persons are used in the preparation of these false documents.

Interestingly, the unauthorised use of a stolen credit card is commonly not considered identity fraud but may be considered consumer fraud. The use of fake names, ID cards, falsified or forged documents, and lying about his or her own age to simply “hide” his or her identity is sometimes also regarded as identity fraud. Reasons for this type of identity fraud may include petty offenses like wanting to purchase tobacco or alcohol as a minor to serious ones such as continue playing on a certain sports team for example when that person is too old to compete or even more nefarious crimes.

Here is a recent example of ID fraud in India: 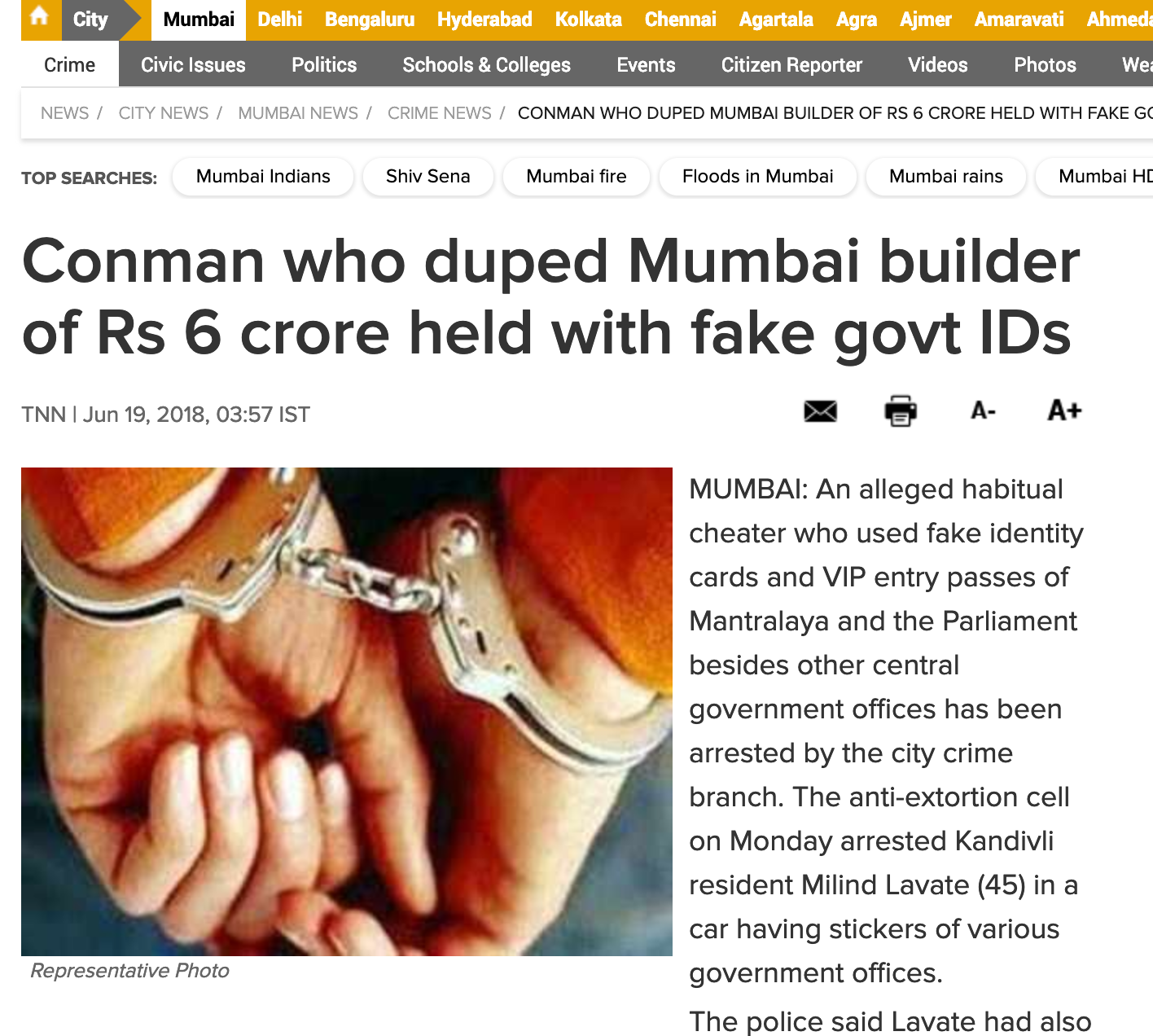 An ID card that is issued by one organisation to an individual/member, when presented to third parties - cannot be easily verified to find out if the ID is fake, tampered or genuine.

Supposing someone enters your office or home and claims to be a government officer. He presents his ID - how do you ascertain the ID’s validity? In theory you could call their office to validate but in practise it is so difficult and time consuming that nearly no one does it. In-fact even other government departments may not be able to easily validate IDs issued by another department.

In another recent operation in the US, a syndicate based in Oaxaca, Mexico, operated a forged-document factory in Woodburn, Oregon that routinely produces fake IDs because of which people who are in the United States illegally gain employment in farms, nurseries and wineries, that routinely employ such, mainly because they lack the sophistication and expertise to determine if the documents are genuine.

There are many reasons why this is a global problem today:

Easily available sophisticated software, scanners, and printers make it possible to create fake IDs in any part of the world. Adding physical security features like watermarks, holograms etc work only for the people who know the current feature of your documents and how it has evolved (e.g. difficult for third parties to know that your documents from 2016 use a specific hologram and from 22-Jan-2018 your organisation switched to another hologram). The difficulty of verification of these documents is more so with online submission of scanned ID documents as these physical features don’t matter as much. What is needed is a solution that works even for online submission of scanned documents.

What is the solution and how can you securely & quickly verify the credentials?

The solution exists in the proven technology of Secure QR codes. With the document security QR Code, securing a document (like an ID) with a QR code is simple, efficient, and affordable.

The organisation issuing the ID cards simply needs to create a unique digitally signed QR code for each ID which cryptographically encapsulates all the details like name, designation, photograph, address etc. This secure QR code is then placed on the ID itself.

Now when presented with an ID card with a secure QR code - anyone can simply scan the code with the validator app which can verify the digital signatures and present authentic information instantly. It is simple, fast and easy for everyone!

Secure QR code solutions go beyond just capturing data - they make them tamper proof and easily verifiable on demand hence they can be trusted and help in improving productivity and efficiency of information processing.

So the next time you are thinking of how to create secure tamper proof IDs for your staff, members or even general public/citizens you should consider the power of Secure QR code solutions.

This article first appeared in Times of India on March 5, 2019 under the headline - The Anatomy of ID card frauds and how you can easily stop it with Secure QR codes.